The last post talked about hobnail safes which were made in the early 1800’s.  Wooden bodies covered with steel strips made them somewhat fire resistant.  In an effort to improve fire protection manufacturers switched over time to using other materials for insulation.

John Scott, whose hobnail safe was featured in the last post, seems to have been the first manufacturer to switch to asbestos, around 1840 or so.  His patent for using asbestos was issued in 1834. 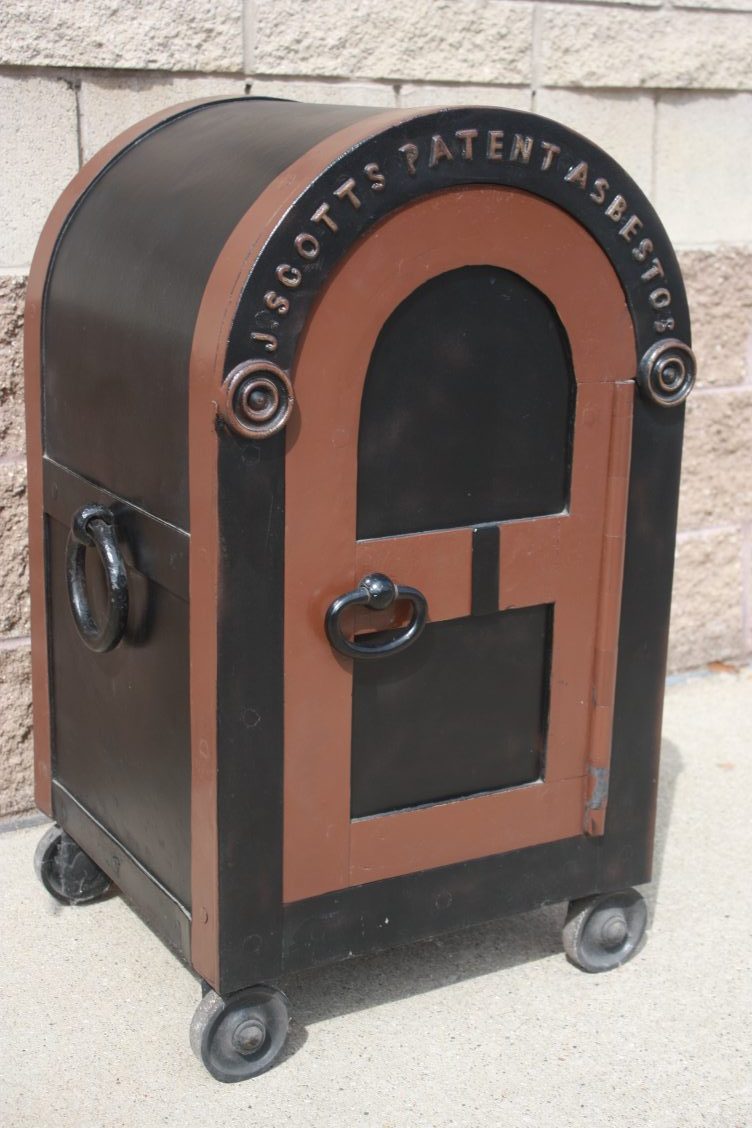 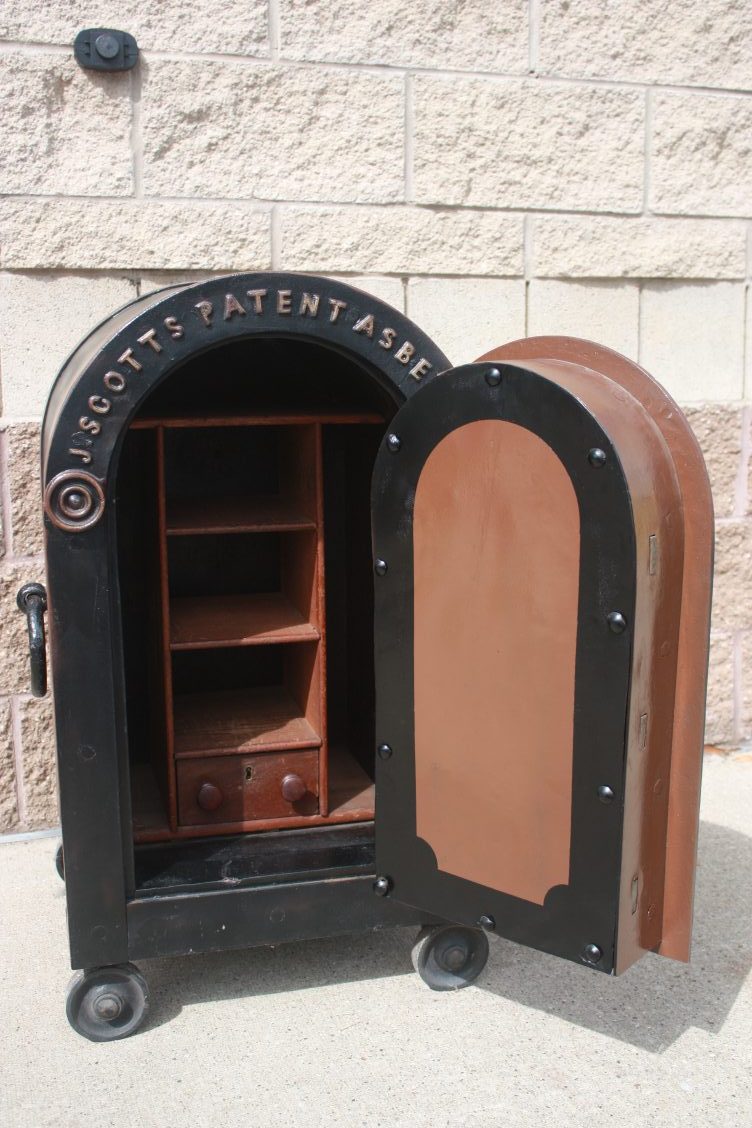 The history of people using asbestos goes way back.  As early as 4000 BC asbestos fibers were used as wicks in candles and lamps.  Egyptians wrapped mummies in asbestos blankets around 2000 to 3000 BC.  It has been found in pottery from 2500 BC.  When burning tar was lobbed over fortress walls with catapults, it was held together with a bag made of asbestos.  But its use really took off during the industrial revolution.  Surprisingly, some of its harmful effects were known way back by the ancient Greeks and Romans because slaves working in the mines suffered from lung problems.

Personally, my first experience with asbestos was when I stole an asbestos rock from my high school science room because it was fun to peel off strands of the silky fiber.  And when the exhaust pipe on my old car rusted apart, it was patched with a sheet of thick asbestos felt, wrapped with a soup can, held together by coat hanger wire.  I must have breathed in some of it while laying on my back, looking straight up at my repair work.  Anyway, this is supposed to be about safes . . .

Pictured is one of my favorite antique safes.  The insulation is asbestos mixed with plaster of Paris, applied over the wood interior wall, then wrapped by steel plate.  This model does not make a very good end table because of the round top.  But it is a unique conversation piece.  I am not concerned about asbestos because the safe does not give off dust.

It is hard to tell which old safes contain asbestos, in part because it was used in different forms.  Some makers mixed it with plaster of Paris or concrete.  Some used soft board-like sheets, and some used thick, light-weight fiber “blankets”.  Safes with the soft boards or blankets usually give off dust, so I won’t deal with them.  Some manufacturers had fancy names for their asbestos insulation; the Macey Company from Grand Rapids, Michigan called it “H-E-L-F-I-T-E” to emphasize its fire resistance.